The first round of interchangeable-lens cameras existing a lot to fascinate to enthusiasts, but at prices upward of $800, they weren’t quite a no-brainer for point-and-shooters in search of an upgrade. The better sensors in these models can commonly give up better photo feature at somewhat higher ISO sensitivities than the smaller shot models and they help video capture, but the alternative has been the moderately better dSLRs with proceedings-friendly optical viewfinders and kit prices early at a much lower $600. Even the Panasonic Lumix DMC-GF1, which delivers the right set of performance and facial appearance for these folks in a compact, arresting point, comes in at an ouch-worthy $900 or so. Olympus’ sleek E-P1 and E-P2 have attracted a lot of attention, but without a built-in flash they’re austerely not the right camera for snapshooters, primarily at their moderately high prices. So Olympus is trying again to lure this lucrative consultation to its Micro Four Thirds camp, this time with the more consumer-friendly designed and priced E-PL1.

If you’re one of the crowd attracted by the low price, even if, keep in mind that even even if both Olympus and Panasonic make well-matched lenses for the logic, since it’s much newer there are still a lot fewer choices in Micro Four Thirds lenses than for dSLRs, and they tend to be more high-priced than their SLR-well-matched counterparts. For model, Olympus’ 14-42mm lens lists for $299, while both Canon and Nikon’s staple dSLR 18-55mm lenses run $199. The Micro Four Thirds lenses and bodies are more compact, even if, and public are historically keen to pay more for less bulk.

Even if the elder E-P models mimic a habitual film point, the E-PL1 takes its point cues from digital cameras like the Canon PowerShot G series and Panasonic Lumix LX models. The plastic and aluminum body doesn’t feel quite as tanklike as the E-P models, but it feels well-built, with a moderately large, comfortable grip. Still, I found it just a tad slipperier to hold than I’d like, primarily with chill-dry hands. It outdoes its sibling models by adding a dedicated video-confirmation button, even if there’s also a movie mode on the dial.

The control layout and surgical course of action will be familiar to anyone who’s shot with one of the advanced Olympus cameras, like the megazooms. Along the right side of the LCD run playback, info rub out, and menu buttons. Above sits a user-definable gathering button, which you can assign to invoke face detection mode, grant a depth-of-field preview, set blue-collar white weigh, reset the AF area to its home 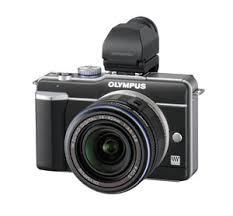 spot, use blue-collar focus, override raw settings, take an unsaved test depiction, pull up MyMode custom settings, toggle the LCD backlight, duplicate the gathering of the movie confirmation button, water-resistant protector attachment toggle, or disable the button entirely. As we’ve seen with other Olympus models, this mode of setting the blue-collar white weigh is hard, primarily the first time you do it; unless you know to curriculum the gathering button for it first, you’ll never figure out how to set the blue-collar white weigh. A habitual four-way arrow-plus-OK setup includes supervise over-access buttons for autofocus area choice, drive mode, flash, and exposure compensation. You change gap and close via the arrow buttons.

It’s got a few different interfaces, two of which are like peas in a pod to its E-P siblings. An info button cycles through a few sight choices: detailed contemporary settings, basic settings plus a histogram, selectable thumbnail previews of exposure or white-weigh compensation, scale/grid sight, or image only. In the menus you can point out to suppress any of these options to more quickly cycle through them. You can also pull up Olympus’ typical Super Control Panel, an overstuffed sight from which you can change most often looked-for shooting settings plus some not-so-often used ones, like white-weigh compensation, sharpness, draw a distinction, infiltration, gradation, black-and-white filter, and Depiction Tone. There’s a much more useful simplified translation in which you cycle nearly the outer edge of the sight to change close speed, gap, white weigh, drive mode, image stabilization mode, aspect ratio, image size and feature, flash options, ISO sensitivity, metering, autofocus, face detection, and AF butt (auto using all 11 AF areas, or user selectable). 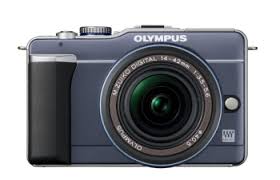 the comfort zone of a point and shoot, the company adds a third operational interface in iAuto mode. Very than austerely disabling all adjustments, as many cameras do, you can use sliders to change background blur (gap), exposure compensation (brightness), suitable motions (close speed), infiltration, and image warmth, all with live preview. It bolsters this figure with Shooting Tips, which provides all-function photographic advice. For wits, the tips for photographing family tree contain “Talk to a child and take a depiction from his/her eye level” and “Take many cinema by continuous shooting mode, and select excellent depiction later.”

I like the thought of this interface, but the implementation is annoying, For wits, to change brightness, you must do the later: press Start/OK; arrow down to brightness; press OK; arrow up/down to change; press OK. And you can’t have multiple settings adjusted at once; in order to get into the infiltration settings, for wits, you have to cancel the changes you’ve made to brightness. 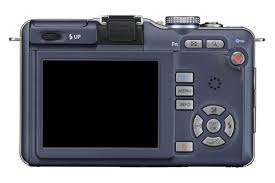 Despite its entry-level leanings, the camera does offer a exact blue-collar, semimanual, and point auto figure set, as well as the full set of capabilities you’d guess for the price. Some highlights contain break vertical-and horizontal-pan optimized image stabilization options; the ability to capture raw+JPEG in every mode counting iAuto (with intelligent bespoke overrides); and upper bound and default settings for auto ISO. If you’re into HDR, even if, keep in mind that it’s top bolt from the blue to the typical three-frame sort.

Like many of Olympus’ other cameras, the E-PL1 includes the Art Filters, even if this camera substitutes in a link of new ones. Gentle Sepia is a tweak of the sepia filter, but Diorama is a new one which simulates the miniaturize and blur look of a tilt/shift lens. For a exact accounting of the E-PL1′s facial appearance and surgical course of action, download the PDF blue-collar.

Performance. Sigh. The E-PL1′s lack of speed austerely makes me sad; the whole Pen series does in that respect. If you’re a blue-collar focuser it’s much less depressing, even if there are still non-focus aspects of the camera’s performance which disappoint as well. It wakes and shoots in about 1.8 seconds, which isn’t terrible. But in optimal situation it takes 0.9 following to focus and shoot, and it takes 1.4 seconds in low-draw a distinction situation–slower than all but Olympus’ other models, and just slow by any pledge rate. Shot-to-shot time is about 2 seconds, sluggish in comparison to all but the Canon PowerShot G11, but not as problematic in do as the slow autofocus, and it bumps to 2.7 seconds with flash enabled. Even if the burst performance is a quite class-competitive 3.3 frames per following, the autofocus logic can’t keep up, and, like with the E-P2, just isn’t very excellent for shooting basic kids-’n’-pets-type proceedings. 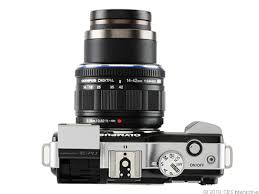 As with the E-P2, I’ll issue the caveat that it could very well be Olympus’ contemporary generation of Micro Four Thirds lenses that are the problem, as they feel slow and hunt focus excessively (unfortunately, I don’t have any Panasonic lenses to try out on the Olympus cameras). Even if, in the case of the E-PL1, most public will buy it with the kit lens and it’s kind of financial statement-defeating to require a additional lens buy to make the AF usable.

Also like the E-P2′s, the low-pledge LCD is just OK (but smaller). It seems excellent enough for blue-collar focusing in conjunction with the enlargement (even if it blows out highlights, which makes focusing in sharp areas trying), but not as useful for judging sharpness for photos you’ve shot. The discretionary and unfortunately high-priced EVF does make a huge difference when shooting in primarily sharp or dim light, or when you need to hold the camera extra steady. It’s also got the same small array life as its siblings. 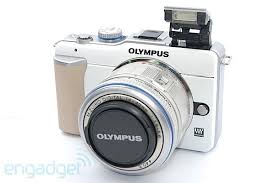 And even if the Art Filters are nice, some of them–notably Pin Hole and Diorama–slow the LCD refresh down so much that they’re pretty much unusable unless you’re on a tripod and your scene is stationary.

I’ve got no complaints about the photo feature, even if. The E-PL1 delivers noise performance on par with most similarly priced dSLRs, even if it doesn’t match the noise chief, the Pentax K-x. You can shoot pretty comfortably up through ISO 800; at ISO 1600 equipment start to diminish and detail starts to degrade under color noise. Like most in its class, ISO 3200 is really an urgent situation choice. Even if it uses the same TruePic V PC and sensor as the other E-P models, Olympus says it’s tweaked the noise reduction tradeoffs to produce cleaner-looking descriptions, but at the deprivation of sharpness. Fascinatingly, I found the noise profile of the E-PL1 better than that of the more high-priced E-P2. Olympus’ default noise reduction for its JPEGs is pretty excellent and tends to be a modest sharper than its default settings for raw (using its median-of-the-road bundled ib software), which errs on the side of too much color noise.

Like its line mates, the E-PL1 has quite a excellent dynamic range and delivers exceptional color suitability; even if a bit overly soaked, there’s modest hue shift. With sharpness set to habitual–the setting in the default Natural depiction mode–the E-PL1 renders crisp, but not oversharpened, fine points.

The video feature and blue-collar shooting facial appearance are pretty typical for its class–you can’t set close speed, but you can set gap manually–but its straightforwardly baffled continuous autofocus (and loud lens) makes shooting more of a machinate that most point-and-shooters will doubtless like.

Olympus positions the E-PL1 as an alternative to an entry-level dSLR for public who want to step up from a point-and-shoot. But one of the main reasons those public want to upgrade is since most shot cameras aren’t quick enough to photograph kids and pets, and if that’s your wits then this camera’s sluggish performance precludes me from recommending it. If, even if, you’re among those who want the better image feature that comes from a better sensor or the flexibility of interchangeable lenses in a moderately compact point, the Olympus E-PL1 is certainly priced right compared with its siblings; frequently, it’s a fantastic alternative for public who want the E-P2 but don’t want to spend the money. But it’s also got two potentially strong competitors that we haven’t yet experienced person: the Samsung NX10 and the Panasonic Lumix DMC-G10.

Practically priced for an interchangeable-lens model, with the same high-feature photos of its siblings, the E-PL1 on the other hand suffers from slow performance that makes it a poor scale for snapshooters looking to upgrade.