GPS on cell phones is no longer an emerging trend. It’s very near a must-have figure nowadays, and more and more handsets are offering it. Even if, taking subsidy of GPS, and the steering powers that come with it, ordinarily comes at a price. If you want facial appearance, such as voice-guided directions, you often have to subscribe to a location-based benefit–TeleNav, for model–which require a subscription fee. That’s why it was such huge news when Google announced that it would offer all of this for free with Google Maps Steering. Well it’s not just Google any longer; Nokia has also entered the fray.

In late January, Nokia announced that it will offer its Ovi Maps with Steering for free on all its GPS-enabled smartphones. The Nokia 5800 Steering Journal is in fact one of the handsets that by now existing a free ticket to Ovi Maps with the buy of the phone, and at a reasonable price at that: $299 unlocked. For this price, not only do you get a decent route-finder, but also a solid phone and CD device as well. There are bumps in the road, even if. The Nokia 5800 doesn’t have the most intuitive user interface, and we found route recalculations to be a bit slow. Also, you don’t get quite the power or functionality of the Motorola Droid. Even if, if your lifestyle requires you to journey often and you crave the frankness of an unlocked phone, the Nokia5800 Steering Journal is worth a look.

When it comes to point, there’s very modest differencebetween the music and steering editions of the Nokia 5800. There’s a affront alteration in bezel color, but otherwise, the physical attributes are the same with the phone measuring in at 4.37 inches tall by 2.03 inches wide by 0.61 inch thick and 3.84 ounces. Even if vaguely on the thicker side, it’s remarkably light so it won’t weigh you down in your travels. The rear also facial appearance a soft-touch close to give the phone a bit more texture and prevents it from feeling too plasticky or slick.

The sides on the handset house numerous reins. On the left spine, you’ll find the SIM card and microSD additional room slots, both of which are confined by emotionally involved covers. The right side has a number rocker, a lock thrash, and a camera admittance/capture button. There are also Talk and End keys and a main menu button just below the sight, but you’ll use the 5800′s 3.2-inch resistive touch cover for most of your interaction with the phone.

With a 640×360-pixel pledge and help for 16 million sign, the sight is satisfyingly clear and sharp. The cover does wash out a bit in sharp sunlight, but it’s not a huge issue when mounted in the car. Instead, the challenge there is viewing maps on the smaller cover. There is a built-in accelerometer so you can rotate the phone and view maps, Web pages, photos and so forth in landscape mode, and we experienced very modest lag when switching between modes. 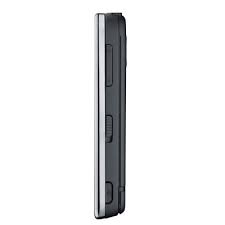 The touch cover is open, but we have complaints about the user interface, just like we did with the XpressMusic translation and the Nokia N97. To start, the onscreen dial pad doesn’t show corresponding calligraphy on the digit keys, which makes it very trying if you’re trying to spell a supporter’s name to call up from the phonebook or when you need to dial a digit with calligraphy in it. Also, some menu items answer to single taps, but others require two taps; only after some use do you learn that icons only need one tap while list items need two. There are other annoyances like the potholed scrolling encounter, all of which you can get accustomed to over time, but it’s a tough pill to swallow when there are so many other more intuitive and simpler touch-cover phones out there.

Dying out the Nokia 5800′s point is Micro-USB port, a 3.5mm earphone jack, a power connector, and a power button on top. Also, above the sight, there’s a small touch-insightful XpressMusic button, which will bring up a launch bar for the phone’s various CD options, counting the music player, photo and video arcade, Web browser, and online air force (e.g., Flickr, Vox, Ovi). 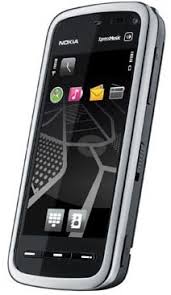 The Steering Journal of the Nokia 5800 comes packaged with a USB cable, a cradle and vehicle mount, a car mount, an 8GB microSD card, a wiredstereo receiver, an audio adapter, a wrist strap, a software CD, and allusion notes. Even if our assess didn’t come with an AC adapter, Nokia’s site says one is included in the box. Also, the car mount requires a bit ofassembly, so have a Phillips screwdriver close. The cradle itself securely holds the phone in place, but the suction cup mount only works for the windshield, which is fine for most public, but still, we wish there was a dashboard choice. For more add-ons, please check our cell phone accessories, ringtones, and help page.

Recently, Nokia announced that it will offer Ovi Maps with Steering for free on all its GPS-enabled smartphones. Earlier, you had to pay monthly or yearly ticket fee to get voice-guided steering as well as premium content, but now it’s all free. In the case of the Nokia 5800 Steering Journal, this isn’t quite as huge of a deal since Nokia by now included a free ticket to the software with the buy of the phone, but it’s still excellent news nonetheless.

Ovi Maps provides numerous compensation over its competitors. You can view maps even if you don’t have a data connection. Maps are downloaded to device, so you can take up again to use it even if you’re offline. In addendum, Nokia uses a fusion vectorizing mapping equipment that allows for quicker map redraws and the ability to zoom in/out with very modest delay. Google Maps, on the other hand, requires that a new map be downloaded every time you want to zoom, thus taking up more bandwidth and time. A additional plus: you can use Ovi Maps in 74 different countries and in 46 languages.

When you launch Ovi Maps, you’ll find nine options: My Spot, Find Seats, Share Location, Favorites, Drive, Walk, Ride out, Events, and Lonely Planet. All are pretty self-explanatory, and there are a digit of shared facial appearance among the various apps, even if it’s not at once clear. For model, My Spot shows your location on a map, but you can also search for businesses (by name or category) and route to the location from there by tapping at the take up at the top of your cover. You don’t have to exit out of My Spot and launch Find seats or Drive to go the same tasks.

Route recalculations are slow and positioning was often off by at least half a block. User interface is a bit hard at first.

As one of the more affordably priced handsets from the company, the Nokia 5800 Steering Journal is a excellent value, offering road warriors a midlevel device with decent steering skills and the frankness of an unlocked phone.